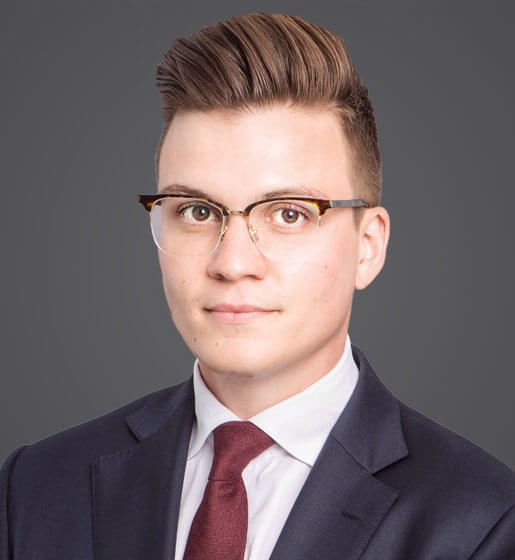 Jordan is an Articling Student in the Toronto office of Ogletree Deakins.

Jordan holds a Juris Doctor from Western University, where he received the Dean of Law Scholarship and served as the President of the Labour and Employment Law Society. Jordan was also a key contributor to a nationwide HR newsletter providing updates on the law of workplace accommodation.

Prior to law school, Jordan received a Master of Industrial Relations and Human Resources from the University of Toronto, where he was awarded the O’Grady Scholarship for his dedication to the study of industrial relations. Jordan also holds an Honours Bachelor of Arts with High Distinction from the University of Toronto, where he majored in Employment Relations. During this time, he received the highest standing in Employment Law, and was the recipient of the C.L. Burton Trust Fund Scholarship.

Jordan has labour relations experience working for one of Canada’s largest food manufactures. He has participated in several rounds of collective bargaining across Canada, and supported the opening of a state-of-the-art manufacturing plant in Southwestern Ontario.

In his spare time, Jordan loves to follow and play golf, and competed on several Canadian junior golf tours. He is also interested in the mining industry, enjoys running, weightlifting, and exploring new restaurants and cafés.

USMCA Review: A New Deal for Labour in the ‘New NAFTA’

The United States–Mexico–Canada Agreement (USMCA) is a free-trade pact that was announced on November 30, 2018. This agreement changes the current rules governing North American trade contained in the North American Free Trade Agreement (NAFTA).

Canadian employers subject to federal regulation will want to take note of changes to the Canada Labour Code that came into force on September 1, 2019. These reforms apply to a large number of minimum employment standards with vacation, breaks, leaves of absences, and predictive scheduling impacted, among others. As a result of the far-reaching nature of the changes, they will have a significant impact on federally regulated workplaces.